The History of St. Catherine’s

In the Autumn of 1972 a series of meetings were held in Carlow of representatives of local voluntary organisations. At these meetings a general desire for more co-operation among voluntary groups was expressed. By February 1974, Carlow Community Services Council was formed, with 25 organisations represented at its first meeting.

Our building was also expanded in 2002 to the building you see today.

In 2015 Carlow county Council held a Civic Reception to mark St. Catherine’s 40 years of service to the people and communities of Carlow

Would you like to give a donation or become a volunteer 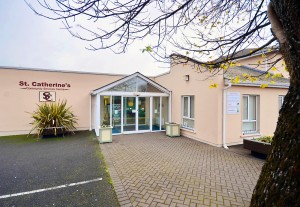